The new age of sci-fi and fantasy in film 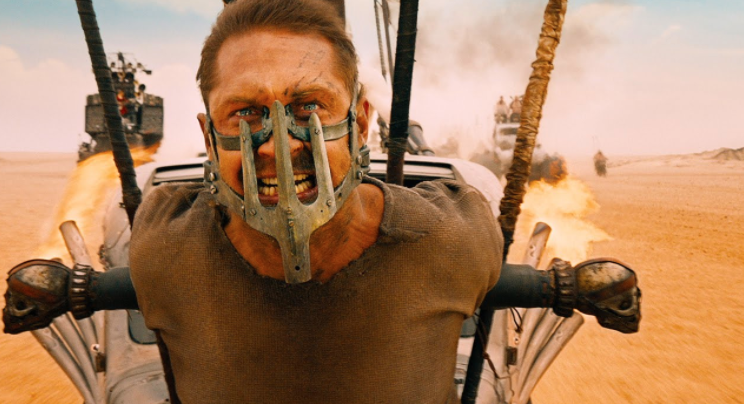 The 1970s brought forth a revolution in the way film was interpreted by the masses. Steven Spielberg’s deep-sea thriller, Jaws (1975), is commonly known as the world’s first blockbuster. This was followed quickly by Spielberg’s friend, George Lucas, releasing the cultural phenomenon known as Star Wars (1977). Both of these films, despite having interesting (if a bit subtextual) themes of anti-comercialism and anti-fascims respectively, serve a primary function of thrilling the audience. This is not a bad thing by any means, these are some of the greatest films of all time, it’s just a statement of truth that they were meant to be appealing to a wide audience. However, with the new blockbuster/sci-fi film boom also came films that decided to put the themes and craft in the forefront such as Ridley Scott’s Alien (1979) and Blade Runner (1982). Films like these managed to be entertaining sci-fi experiences while simultaneously pushing the art of filmmaking and delivering powerful themes.

Flash forward to the present, as you undoubtedly know, superhero blockbusters dominate the box-office and artistic and thematic focused movies seem far away from the public eye. Now, if you want to hear a bunch of Marvel-bashing, you’re in the wrong place. I like most of the Marvel movies and some of them (Guardians of the Galaxy and its sequel come to mind) rise to the level of incredible. But, I know there are a lot of people who feel like filmmaking is heading in the wrong direction in regard to high-genre media and see little hope for the way these types of movies were made in the past. And, while on some level I agree, I also think there are plenty of interesting, engaging, and deep sci-fi and fantasy films being released if you know where to look. If you are one of those people or are just interested in expanding your media consumption, then keep reading as I am going to break down some recent sci-fi/fantasy films that focus on thematic depth and filmmaking as a craft rather than a means to profit.

In 2015, George Miller, at the ripe age of 70, returned to his beloved Mad Max series with a new entry that manages to be more exciting and fun than any movie, certainly of the past decade, and possibly…ever? Mad Max: Fury Road (2015) is a constant chase. Set in a post-apocalypse, it follows Max (Tom Hardy) as he tries to escape a dictator, becoming involved in a rebellion along the way. The characters are constantly moving forward both figuratively and literally. By using practical effects rather than an abundance of CGI, the film feels tangible and easier to latch on to. With large cars, monster sand-storns, and electric guitars that shoot fire, needless to say, there is a lot going on visually. Yet, the audience never feels lost due to the constant centering of the action in frame and the relative simplicity of the story. The movie perfectly executes the hero’s journey arc with both of its protagonists while weaving in messages of resistance, anti-dictatorship, the class struggle, and feminism without ever feeling preachy or ringing hollow. Fury Road is a must-watch, and as a soft-reboot, no prior knowledge of the franchise is necessary (though I would also recommend the other films).

Any science fiction fan will tell you that Denis Villneuve’s Blade Runner: 2049 (2017), while extremely integral to the development of film, does not have the best story. It’s strange and jumbled with a very understated and unclear performance from Harrison Ford (mind you this is a film I love.) However, what 2049 does that’s so great is take the aesthetics, ideas, and themes of the first film, and then applies it to a more compelling story with more interesting characters. It takes every theme mentioned and every concept created in the first film and takes it to a whole new level. While critically enjoyed, the film bombed at the box office: earning $92.1 million domestically compared to its $150 million budget.

Representing the fantasy genre, this summer’s The Green Knight (2021), brings the indie production style of the A24 studio to a high-concept arthurian adventure based on one of the earliest surviving works of English literature. Green Knight does not have a traditional narrative, we follow the protagonist as he travels from location to location with the focus not on story or explaining everything to the audience, but on the essential themes essential for his character development. If you don’t go in expecting a Lord of the Rings style epic I think there is a lot to be taken away from this one.

And finally, the film which inspired this article: Dune (2021). At the time of writing this article, the film has just been released and I have not had the chance to see it yet. However, I have watched the trailer upwards of 20 times, so I think I’m qualified enough to discuss it. The film is directed by Denis Villneuve, director of Blade Runner 2049, and has an all star cast including Timotheé Chalamet (Call Me By Your Name), Zendaya (Euphoria), and Oscar Isaac (Star Wars: the Force Awakens). As soon as I heard about it, Dune struck me as a big step for this new genre I have been describing and possibly film in general. It seems like it is following all of these themes, with a focus on visuals, themes, and ideas rather than setting up a franchise or selling toys and with its heavy marketing and dual release on HBO Max, it’s possible it will reach more people than any of these films thus far.

For those who are angry at the lack of artistic integrity in big budget genre movies, here you go! Support these films! It’s nice to know that amidst all the cinematic universes and blockbuster franchises, there are still standalone movies that are simply movies in their own right. My favorite thing about these films is that while I am grouping them into a genre of sorts, they are not all the same. Fury Road is a rip-roaring action epic whereas Green Knight is an introspective psychological fever dream with a story that makes little to no sense from a traditional view-point. And yet, they all come together to form an exciting collection that gives me hope for film as a whole.