We overlook some sports more than we notice. Why? 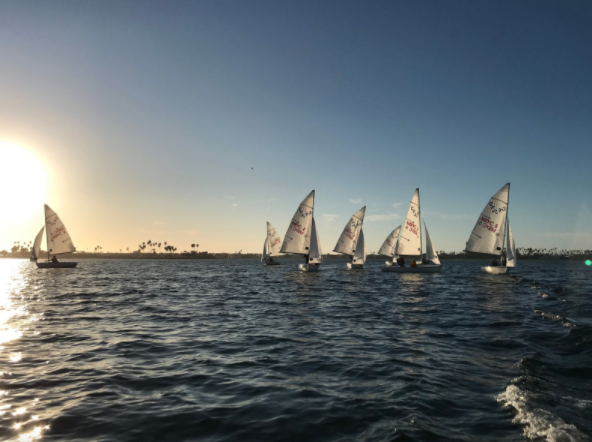 When we think of sports, we all know which ones come to mind first- the biggest, most globally dominating ones that have manifested their culture and vying spirits into our lives. Obviously, this includes the popular games of soccer, basketball, and volleyball, just to name a few. Most people hardly ever regard the sports that hide in the shadows: the ones that may not be as popular but certainly can be referred to as sports. La Jolla Country Day takes part in hosting teams for some athletics like this. While we’re lucky to live in southern California, one of the few places that allow us to be able to hold beach and water sports, most people are unaware of the surf or sailing teams’ quiet existences. This naivety is neither the students’ nor the coaches’ faults, but the question of why this is the case certainly lives among our community.

In the 2019-2020 school year, the ultimate frisbee, rock climbing, sailing, equestrian, fencing, surf, and golf teams had an average of about 12 students per team. The average for all the other teams was about 25 students. This doesn’t seem like a very large gap, so how come some sports are lesser-known than others? 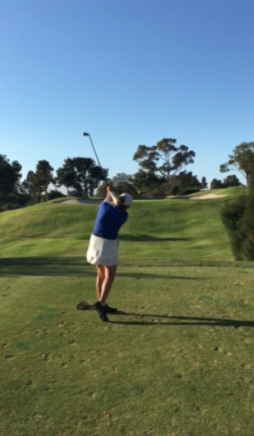 In the times we live in now, with masks and social distancing, a pattern can be seen looking at these teams. The sports that we don’t pay much attention to definitely have a larger capacity to keep going during a worldwide pandemic. While holding impressive competitions of their own, most of these sports have less hands-on pushing and shoving action and more focus on individual skill and technical abilities. This leads to the observation that viewers may be more attracted to sports that are played in teams. While Country Day hosts teams for golf, equestrian, rock climbing, fencing, and surfing, competitions aren’t performed as one team united together against another team all at once. Matches and games are played individually, and the team element comes into the picture once everyone has completed their own part. Aside from singles tennis, Country Day’s most well-known sports are all team games. Part of this may also be the conflicts in timing. The current surf team coach, Jean Ah Lee, tells me that the fans at surf competitions are usually only parents since the competitions are at 6:45 on weekend mornings. Interestingly, this may also be the reason why this particular sport has stayed consistent with its number of 9 to 15 participants each year for the last nine years. Of course, even though we all despise waking up early on weekends, California has miles upon miles of beaches. “It’s not as popular as I would expect. Some years we were at risk of not having a team because we didn’t have enough interest. I think students don’t realize that it doesn’t conflict with other sports so they can surf AND continue to participate in their “main” sport on campus,” Ms. Lee states. While she coaches a team that does not often get very much attention, she also tells me that she coaches because she loves the sport and the beach, and she’d “rather be at the beach than stuck in a smelly gym all day.” 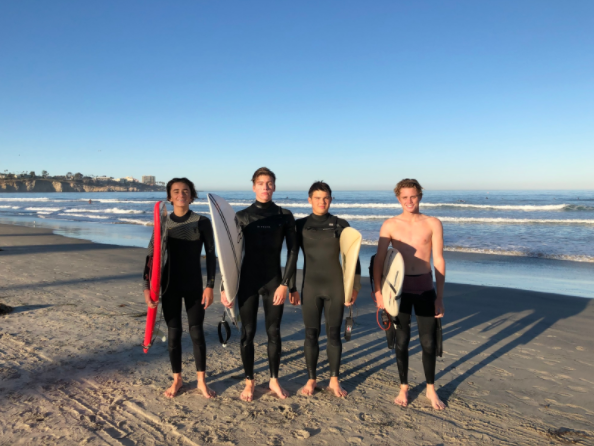 Several studies performed show testosterone levels and other prominent hormones increasing when a person’s favorite team creates a great play or wins a game. This also brings out a rush of pleasure, and dopamine surges. According to ASAPScience, people can get “invested in sports and teams for different reasons,” but “the hormonal reactions can be similar. And what’s going on in our brains explains why we keep on watching: we’re ‘looking to recreate the physiological excitement [we] can’t seem to forget’ from big team wins.”

An obvious factor in the popularity of some games comes from simple history; sports that have been around longer can gain more players and more fans to add to the people that already existed. For example, the first officially recorded baseball game took place in June of 1846, giving the sport lots of time to gain attention and become deemed “America’s Pastime.” This year is the NFL’s 100th birthday. On the other hand, the first world surfing competition, a championship, was held during the summer of 1964, more than 100 years after that of baseball. However, ultimate frisbee is a little different from the rest of the sports with small amounts of attention; it’s played in a team and has several similarities to football (aside from the physical part), so why is this the case? Easy answer: it’s newer. This iconic game was invented in 1968 by a group of students at Columbia High School in Maplewood, New Jersey. Medium.com states that currently, it’s played in “more than 80 countries by an estimated 70 million” people. However, its style of play and remarkable talent by the players is earning it the title of one of the fastest growing sports today.

Other than historical relevance, there’s a rather unexpected component that plays into how much people want to participate in or watch some sports more than others. This is the statistical part of athletics. Medium.com claims that “particularly in our modern analytics revolution, we look for every single possible aspect of a sport to be analyzed and charted, with teams employing analytics specialists to find any possible edge over their opponents.” With numbers and comparison playing a huge part in sports, people are drawn in easily out of interest and curiosity. Of course, when some people disagree with ratings or statistics, arguments arise, causing the information, involvement, and interest to spread even further. For example, each football player at La Jolla Country Day has statistics for how much weight they can bench, how many yards they picked up per game, how many tackles they got, and far more little facts. Players, recruiters, and watchers can easily become infatuated with these. Being a very physical team sport, football has countless categories for stats. Ultimate frisbee, which shares the most characteristics with the more popular sports, only has 20 simple primary statistics used to analyze games. Football has over 100.

These are only a few reasons why sports dominate the hearts of watchers and players. Of course, the more students that participate in the sports hiding in the shadows, the more popularity they’ll gain. The students taking part in these athletics can hopefully help others become interested as well. As we are all Torreys, all of our sports are wonderful, and they all deserve to be recognized for their achievements.