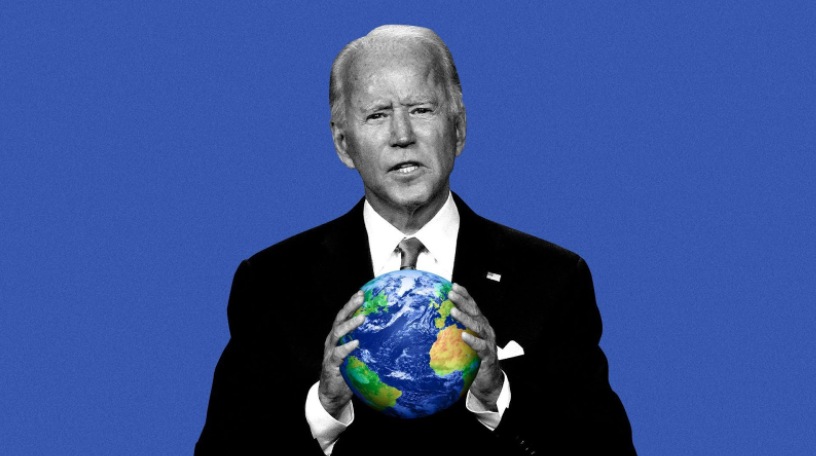 This year has given us no short of discussion-worthy topics, but one that always seems to slip under the radar is climate change. While one could argue that it is more of a long-term problem that needs less immediate attention, president-elect Joe Biden has made it clear that he disagrees. Biden has been very vocal about his ambitious goals for addressing our world’s environmental issues head-on, and it is worth taking the time to examine the specifics of his plan.

Quite the opposite of President Donald Trump’s decision to withdraw from the Paris Climate Accord in 2016, Biden has pledged to rejoin immediately upon entering office. The Climate Accord was originally formed to create a global network of nations that could work together to prevent further environmental damage from green-house gas emissions, among other climate-oriented goals. Biden’s decision to rejoin the agreement will have major implications for the U.S.’s involvement in the global climate mission going forward and is the first major step toward advancing his overall plan. Biden’s goal is to make all electricity production in the U.S. carbon-free by 2035, and he ambitiously wants the country to reach net zero emissions by 2050. In order to reach that goal, he plans to invest a total of $2 trillion in a variety of projects designed to reduce the risk climate change poses to the planet. For instance, he plans to use part of the money to upgrade about four million buildings to make them more energy-efficient and environmentally friendly. A key aspect of Biden’s plan is an emphasis on policies that will provide jobs to fuel the economy as well as save our planet. Investing in improvements to public transportation and electric vehicle manufacturing, for example, would replace jobs that rely on greenhouse gas emissions with more sustainable sources. This connection between climate change and the economy has the potential to draw in support from more conservative officials that may not be as willing to spend trillions of dollars on climate change and potentially contribute to economic failure

A recent step towards achieving these goals is Biden’s announcement of John Kerry as his elected chief climate diplomat, who will serve alongside Biden as a member of the White House National Security Council. Both former Secretary of State from 2013 to 2017 and the 2004 Democratic presidential nominee, Kerry would encourage discussions between the U.S. and other proactive nations. In fact, Kerry played an active role in negotiating the original Paris agreement. Biden seems to believe that climate change is a global crisis that requires worldwide cooperation between the most powerful countries, and the U.S.’s re-involvement in the Paris agreement as well as his pick for chief climate diplomat have the potential to fuel this collaboration, specifically next year at the long-awaited Glasgow Conference, at which nations will submit new commitments to cut emissions.

Biden will need to work with Congress to pass effective climate change legislation, which may prove to be difficult considering how politically split the Senate currently is. Even though the Democrats now have control of the senate, it may still be difficult for Biden to achieve massive legislative change, given the vastly different opinions he must consider, and thus he may have to focus on more moderate yet effective legislation. One idea that has been proposed is a carbon tax to limit greenhouse gas emissions that would increase over time, potentially cutting emissions in half by 2035. Biden may have to take advantage of his executive authority to avoid constant congressional limitations and in order to achieve some of his more ambitious goals. Also, he will likely work closely with the EPA, the Environmental Protection Agency, to pass new laws and regulations to gradually reduce greenhouse gas emissions.

At the beginning of the COVID-19 lockdown that occurred earlier this year, it was reported that, due to a sudden decrease in travel as well as other factors, carbon dioxide emissions had dropped significantly throughout the U.S. However, according to the U.N., no significant decline in overall emissions has resulted from the industrial lockdown, and the nation’s massive carbon footprint still remains. Therefore, Biden’s plan could become all the more important in these uncertain times, and while his plan may also have many drawbacks and complications, Biden’s ambitious goals may serve as a source of hope in these difficult times, especially for the generations to come.