Torrey sports and the pandemic—what’s happening? 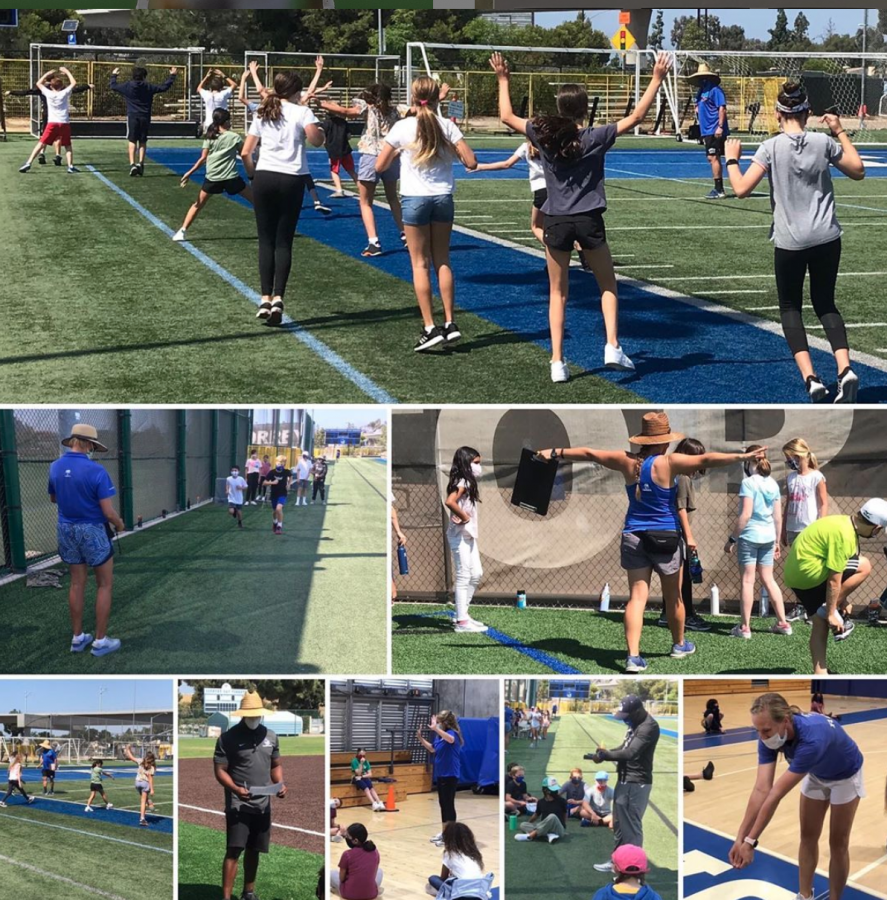 As we all know, this school year will be a difficult time for our Torrey athletes. The CIF San Diego section has mandated that all sports will be pushed back until the earliest official starting date of December 12th. The season following will begin at the latest of March 13th. While we should count ourselves lucky to even play sports at all this year, the conditions of practices and games will be very different from what we are all used to.

Technically speaking, it is quite possible that there may be spacing and location conflicts with a couple of different sports. For example, sports that require fields to play on, like soccer and lacrosse, will likely not have as much space as they did in the years before. Especially since both the males’ and females’ teams for these two specific sports compete during the same season, there will only be two fields to split between four groups. Men’s and women’s volleyball will have this issue as well with gym occupation.

Another major difference is the cohorts for each grade level. According to Coach Hutzler, the Director of Athletics and Physical Education at Country Day, no student will train directly with another person from another cohort once athletic practices begin at school. This is a real bummer for some students, as they may be separated from their friends or not have any in their cohort while practicing. However, students could take this as an opportunity to meet new people and help them train after school. Beginning on October sixth, the day that the seniors come back to campus, athletes will be permitted to use the weight room, batting cages, and all other spaces to get better at their sport, so this is a great plus.

Due to the combining of seasons, there will inevitably be some student-athletes who are discouraged from not being able to participate in all three seasons of athletics. However, there is a way around this; Coach Hutzler says that “Our coaches will work with our athletes so that LJCDS will not make any multi-sport athlete choose between one sport or another if they played during the same season this year.” As students, we are lucky to have coaches that care so much about their athletes’ desires. Many students were likely hoping to be tri-season athletes this year. While it’s unfortunate that we won’t have any kind of competitions for these first few months, students can, if they wish, play multi-sport seasons. For example, if a student wishes to run cross country and play volleyball, they may participate in both. This is great news for students that focus most of their time on athletics and find a passion for it.

However, there are very explicit drawbacks that come with this. As we are all high schoolers, the workload can be overwhelming and stressful. Especially now, with the virus impacting our year in crazy ways, online school isn’t the most fun, and it can even be more difficult to learn on a computer for some students. Multiple sports per season can make this even more difficult. Additionally, due to three seasons being condensed into two, there is a potential overlap in seasons, especially during playoff time. This could cause conflictions with students missing one sport so they can show up to another. However, each student has the choice, and they may balance their athletics and academics in whatever way they wish. This is a vital piece of information for students, especially seniors, who have their eye on athletic scholarships.

Sports beginning later includes some advantages, even if the bigger picture doesn’t show them. For one thing, the virus’s spread will be slowed by taking the first season away from the fields, tracks, and courts. None of us would like to admit it, but by refraining from getting out with our teams every day after school and playing opponents of other schools is keeping everyone just a little bit safer from coming in contact with the pandemic. Of course, even though there aren’t on-campus team practices for the fall, teams have already been gathering to get in extra work before the season officially starts. Take football, for example; there have been optional workouts being provided by the coaches once a week on Saturday mornings. While many players attend, physical distancing and masks are still required in order to participate. Women’s and men’s basketball have also been following these guidelines, as well as lacrosse, volleyball, and cross country runners. These practices and workouts are generalized as club team practices, not LJCDS practices. This is a nice trick to getting around the rule of athletes of different cohorts never coming in contact with each other. This means that teams can practice and work out together, instead of being separated into cohorts. Once school-affiliated practices begin, the cohort rule will only apply to on-campus practices.

As far as games are concerned, there hasn’t been much information about the restrictions against fans or safety guidelines. My best guess is that fans will be allowed in the form of social distancing and masking up, while teams will play with standard rules and without masks. According to the official CIF calendar, the first games have the clearance to begin on December 19th at the earliest, for water polo, volleyball, and field hockey. On December 26th, cross country can begin, and football on January 8th.

As several student-athletes are likely upset about CIF’s news, I agree that it is definitely a lousier way to start the school year than we all hoped for, especially for the seniors. The head of the football program, Coach Hales, had this to say on the issue: “All the coaches want to coach, players want to play, and so I think it’s the right decision… because I don’t think it’s necessarily safe to be playing right away in the fall. I think the focus needs to be learning on campus, and then hopefully that goes well, and we can play. I’m hopeful that we have football in the winter and every other sport in the winter and spring. Hopefully, everyone does what they need to do and pulls their weight to make that happen. I’m hopeful, and I think it’s the right decision for right now.” Coach Hales also mentions that an advantage coming with the delay of seasons is that there is more time for players to “learn things, get in better shape, lift weights and get stronger before the season. The challenge has been not being able to really work with the team all summer, and it’s very limited even before the season.” The varsity coach also stated that the amount of effort is mainly up to the players at this point, which will be an advantage for some and a disadvantage for others.

The virus is resulting in a double-edged sword for the current athletic year. While we will still have sports, people will undoubtedly have negative feelings about how we’re being forced to participate in them. Like me, some students may actually prefer the postponement, as it can help each person get warmed up to coming back from summer and jumping into the school year without having too much on their plate yet. In conclusion, there are many questions about what sports will look like when the official seasons begin. The rules instated by CIF will likely cause a lot of resentment and disapproval, and the current way that sports are set up might not be the same as we all remember them. One of the biggest questions that I have myself is this: what will happen if there are compliance issues? Will sports stop altogether, or will players or coaches receive suspensions or expulsions from teams? We don’t have any answers to these pending questions. We’re currently living in a delicate world with a delicate system, and anything is susceptible to an immediate change at any moment. As far as our beloved athletics go, this year is certainly bound to be interesting.