Getting to the root of the issue : Remnant: From the Ashes review 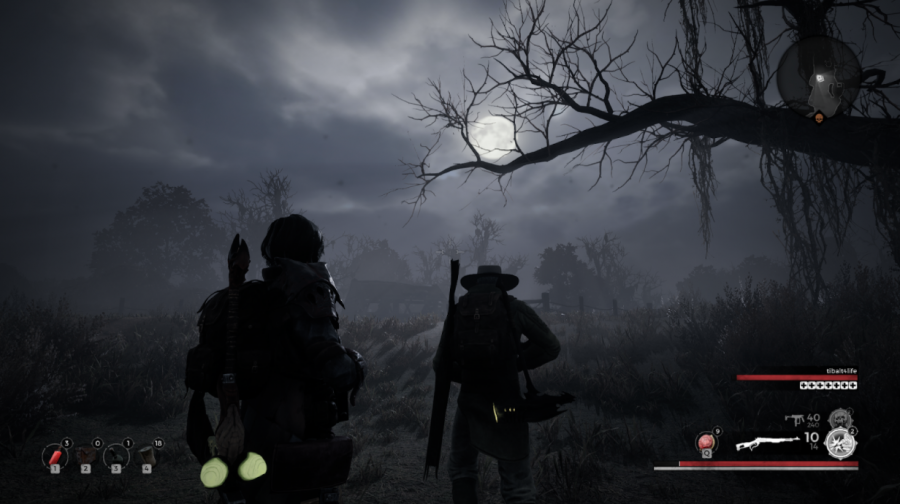 2020’s quarantine kept all of us in our homes, and inevitably for some, in front of the computer screen. During the summer of the lockdown I was greeted by a pleasant surprise: Epic Games was offering a selection of one to two free games every week, ranging from indie classics to AAA new releases. Among the selection offered, Remnant: From the Ashes was one that looked especially appealing. As an avid Dark Souls fan, I am always hungry for more content similar to the games created by From Software. Remnant, developed by Gunfire Games and published by Perfect World Entertainment, promised to satiate that desire for Souls-like content but with its own twists and interpretations of the genre. The game offers comforting familiarity to those already well-versed with the genre, and provides a new experience chock-full with charm to both veterans and newcomers.

Remnant’s visual design is very unique, combining a realistic environment and enemy design while keeping the player and NPCs at a more cartoon aesthetic. Enemies are often twisted, almost demonic entities, and are very visually threatening. The environments are jaw-droppingly beautiful: the light reflections off of surfaces and multicolor lighting mean that every gunfight is a lightshow. All models in the game are obviously created with love and dedication to making them as visually satisfying as possible. All the weapons are very visually distinct. Textures, silhouettes, and effects unique to the weapon help them stand out from each other. This plays heavily into the teamwork aspect of the game, as oftentimes players will have to combine their firepower and abilities to gain a win. Gunfire Games also made sure to model the enemies so that they are visually different enough to know which enemy it is from a glance. Developers have obviously invested time into level design. In terms of space management, you feel claustrophobic in dungeons, and feel wonder in the open world areas of the game. Of course, the pretty models and particles don’t come for free. On ultra visual settings, the game was running at 120fps on my 1080p screen. On less powerful systems (my specs: i7-9750H, 32gb RAM, RTX2080), be prepared to run the game on less than ideal settings, or in extreme cases reducing the resolution. Sound design falls slightly short of the mark that the visuals placed. Though many sounds are distinctive, some lack directional orientation. For an action game, being able to determine the location of an enemy from its noise is very important, especially when there is a sound cue to alert the player of an oncoming attack. Certain bosses also have this issue, leading to unnecessary difficulty .

Akin to many Souls-like games, the gameplay of Remnant is its main source of appeal. Unlike your usual Souls-like games and the predecessor to Remnant, Chronos, Remnant swaps the traditionally melee oriented combat system for a ranged alternative. Melee weapons still exist, and are somewhat viable in the open-world segment of the game, but it is very clear from the start that the game expects you to use the guns that it provides you. Aside from changes to the ideal range of engagement, Remnant holds true to the Souls-like formula. Consumables known as Dragon Hearts completely heal you, but only recharge at a checkpoint. Elemental effects ranging from Corrosion to Root Rot keep you on your toes and forces you to use consumables that directly counter these effects. Of course, the iconic dodge roll exists as the go-to way to avoid damage, especially in the late game where bosses can kill players in one hit. I was initially skeptical of the change to the orthodox method of melee oriented souls-like, but found the feel of gameplay very tight and responsive. Unlike many shooters, the game doesn’t devolve into a shooting gallery. Instead, standing still results in a quick trip back to a checkpoint. Combat heavily revolves around targeting weak points on the enemy. Though that usually means the head, some enemies sport other areas that need to be attacked if the player wants to move on without losing too many resources.

Enemies usually split into three categories. There are your usual melee and ranged enemies, melee usually trying to rush the player and attack, while ranged actively find cover and only peek out to fire at the player. The third category of enemy is the miniboss. Usually accompanied by a sound cue, their arrival means that the players will have to stop and slow down for a moment. These enemies are lean, mean, game-over machines. Usually exceptionally hard to put down, and always dealing heavy damage, these enemies will require special attention from the player to remove themselves from the playing field. However, with high risk comes high reward, and upon defeat, these enemies will drop crystals that are used to upgrade boss rewards. The inclusion of these enemies definitely helps the flow of the game, and also acts as a skill check for players to ensure that they are prepared to face the boss. Enemies are also good sources of temporary resources, such as ammo and consumables. The struggle to have enough rounds to make it through the level is always there, but Remnant rewards aggression with ammunition and a pat on the back.

Progression in Remnant is a mix between RPG dungeons and the Archstones of Demon Souls. The game is split into many realms, and each realm is extremely distinct from the others. This applies to the enemy, level, and boss design. Earth’s dystopian environment, plant-based enemies, and Western mythology inspired bosses are quite literally worlds apart from Rhom’s sci-fi apocalypse maps and corrosion based bosses and enemies. This greatly benefits Remnant’s game flow. Even though they are very different, every experience throughout the game teaches the players applicable lessons to use in the future. Even after you beat the campaign, you can reroll the campaign to fight a potentially new selection of bosses, rewards, and areas. With a progression system like Remnant’s, a single run of the campaign is never enough.

Of course, no Souls-like game would be complete without its signature bosses. Visually, these bosses are phenomenal. Extremely intimidating, and usually frighteningly majestic, they are the culmination of the challenge and lessons learned in the preceding level. They are challenging, paired with a fitting soundtrack, and usually tons of fun. Most inflict elemental effects and understanding how they work is integral to winning the fight. However, the bosses are hindered by one key aspect: the inclusion of the base enemies in the fight. Almost every boss in the game has an “add-phase” (add meaning basic enemies), which breaks up the flow of the fight drastically. I had already fought through an entire levels-worth of adds previously, so being forced to fight them instead of the boss in front of me felt almost insulting. Some bosses have infuriating mechanics, instead of a direct challenge to skill. Overall, despite the  flaws of the bosses, they are bundles of fun and beating them always feels like an achievement.

Like many souls-like games, the plot of Remnant is lacking. But that isn’t to say that there is no worldbuilding. The general story of Remnant is that you need to go to a tower, but you need to find a person to unlock the way to the tower. You spend upwards of 20 hours working your way through the campaign for this goal alone. After you finish the objective, you fight the final boss, and the campaign is over. The game doesn’t care about the plot, and though it isn’t inherently a bad thing, it definitely shows. Gameplay is always the most emphasized aspect of Remnant, while plot falls to the side. Many times you don’t think about the motivations for your actions, because honestly, there isn’t much to think about. World building is there, but definitely wouldn’t be amiss to include more. Item descriptions are too few and far between to really build a core understanding of the world. Computer entries give a larger picture, but once again aren’t sufficient to be considered a legitimate worldbuilding success. I have been told that Chronos, the predecessor of Remnant, answers many of the questions that Remnant poses. Luckily, a Chronos remaster has been announced, and I excitedly await its release on December 1, 2020. However, as it is, the plot and storytelling is definitely the main downside of Remnant. But it is forgiven, as providing a story-rich experience isn’t the objective of the game.

Remnant single handedly carried me through the summer, and I have a huge love for the game. Its fun gameplay and stunning visuals set a high bar for both the DLCs and the remaster of Chronos. There are downsides, but it doesn’t hinder the gameplay in a significant way. I would give Remnant a 9/10 and wait patiently for the next game from Gunfire Games.