Ruth Bader Ginsburg: a legend that will live on 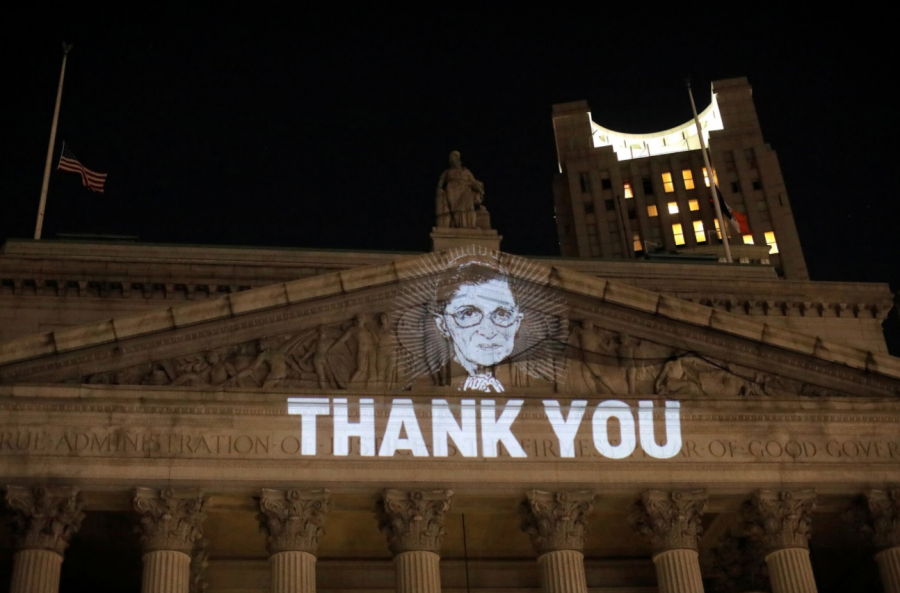 Amidst all the craziness that has defined 2020, it can become all too easy to miss key current events. One such event that carries a special significance in American society is the passing of Ruth Bader Ginsburg. On September 18th, Ginsburg, who served as a justice on the Supreme Court, passed away at 87 years old after a lifelong battle with cancer. As the second and longest serving woman on the court, with 27 years of experience and grueling hard work, Ginsburg has claimed her spot as one of the most influential figures in American history, specifically for her reputation as a consistent advocate for women’s rights and equality. Although her legal achievements indeed made substantial progress in fighting for equality for all people, her impact extends far beyond the courtroom.

From a young age, Ginsburg constantly encountered obstacles that blockaded her road to success and a leadership role, but she persevered through these challenges and quickly made a name for herself. She attended Cornell University and Harvard Law School, and she was one of only nine women in her class of 500 total students. Even upon graduating top of her class, Ginsburg was still excluded from consideration for several job opportunities solely based on her gender. Nevertheless, she used these limitations as fuel for her cause, and in 1972 she founded the Women’s Rights Project of the ACLU. From 1969 to 1980, the ACLU was actually the lead organization involved in the fight for equality, participating in 66% of gender discrimination cases that went to the Supreme Court. Ginsburg continued to work her way to the top of the legal defense ladder, until she was nominated as an associate justice of the Supreme Court by former president Bill Clinton in 1993.

In the years that followed her nomination, she initiated six cases relating to gender equality and won five of them. She also played a large role in other landmark cases, such as United States v. Virginia (1996), which ruled against the policy that only men could be admitted to the Virginia Military Institute. This case set the precedent that women could not be denied educational opportunities solely based on sex. Ginsburg, who delivered the majority opinion on the case, pointed out the obvious sexism in making “generalizations about ‘the way women are’” or “estimates of what is appropriate for most women.” Among other noteworthy cases Ginsburg was involved include Obergefell v. Hodges (2015), which legalized same sex marriage across the entire country, and Whole Woman’s Health v. Hellerstedt (2016), which shot down a Texas law that put heavy restrictions on abortion clinics. Ginsburg was also famous for dissenting from certain controversial cases, such as in 2007 with Ledbetter v. Goodyear Tire and Rubber Co.. In this case, the Supreme Court’s decision made it more difficult for employees to sue their employers for pay discrimination, and Ginsburg promptly dissented from the bench, saying “The court does not comprehend, or is indifferent to, the insidious way in which women can be victims of pay discrimination.”

Throughout her entire career, Ginsburg faced many health struggles, namely recurring episodes of cancer and numerous resulting surgeries. She repeatedly stated that she would serve in the Supreme Court as long as she could, and she dutifully fulfilled that promise until her death. At only 5’1”, her physical appearance may not have communicated the strength within, but her nickname “The Notorious RBG” speaks for itself and the remarkable powerhouse she became. In addition, Ginsburg was often praised for the attitude of open-mindedness she brought to all of her work, and she was always willing to hear both sides of an issue. As the nation remembers Ginsburg for the pillar of strength she was and for her enduring legacy, we would all do well to follow her example and continue to push forward in the fight for gender equality.