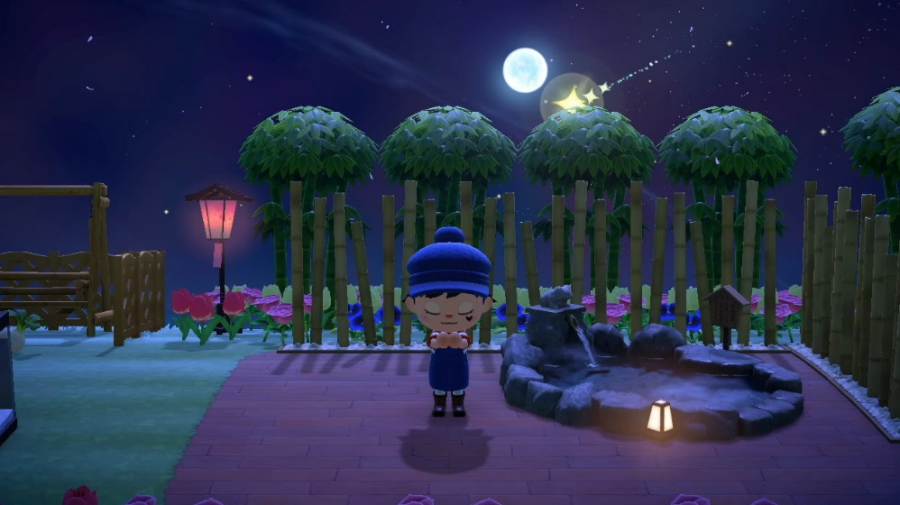 As the mind-numbing mixture of quarantine and spring break began, a most meditative multiplayer game stepped out onto the scene. Animal Crossing: New Horizons has become a beloved cushion for players who are bored and searching for an escape from the stress of current daily life.

A stigma surrounding  video games is the concept that they’re always very action packed, violent, and intense. While this is the case for most games and isn’t necessarily a bad thing, Animal Crossing proves to be a breath of fresh air, as it breaks these expectations completely. The goal of the game is simple: turn a deserted island into the island of your dreams. No danger, no rush.

The game follows real-life time with events during real life holidays. Gameplay consists of activities like paying off loans to construct buildings, catching local fish and bugs, inviting villagers from other islands, wishing upon stars, and planting flowers. It appeals spectacularly to hoarders and decorators and to children and adults alike. Players tend to either get hooked immediately, or stand around bored. 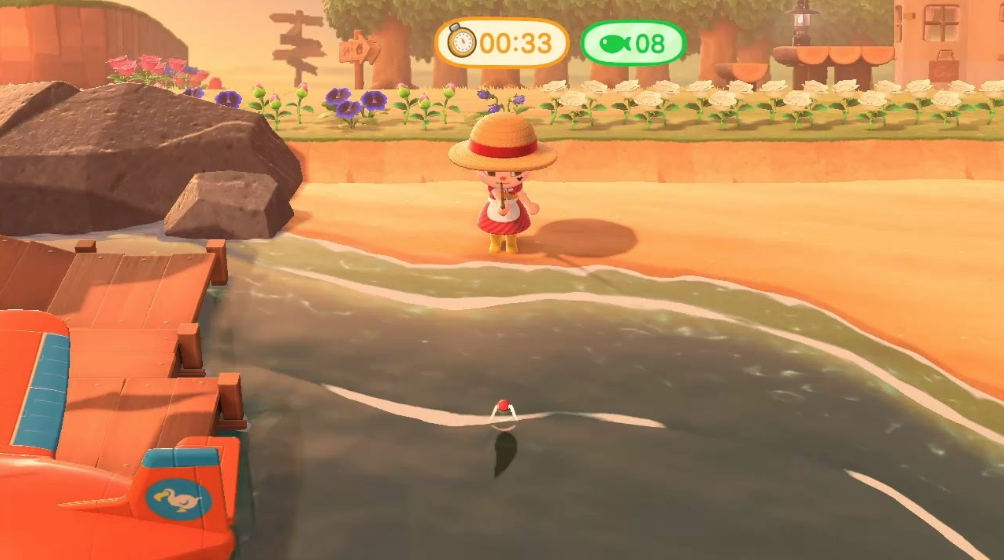 One of the most compelling and simultaneously flawed aspects of the game is the ability to allow friends visit each other’s villages. It’s a fantastic, almost necessary addition in that it allows people to meet up and mess around together. But compared to other games with this function, it’s frustrating how limited its scope is. For one, it takes a lot of skipping through dialogue and loading screens to visit a friend’s island (the excessive dialogue being one of the few large complaints people have about the game). It also pauses the gameplay of all players on the visited island whenever someone joins or leaves and puts them through some cutscenes as well.

This drawback was more acceptable in older Animal Crossing games, but, at this point, it feels very outdated compared to the clean multiplayer functions in other games. The final frustrating issue pertaining to multiplayer is that one can’t build on or edit their island when friends are over, ruining any hopes of working together. Still, these limits don’t stop players from spending countless hours fishing and talking together while showing off the islands they worked so hard to decorate. 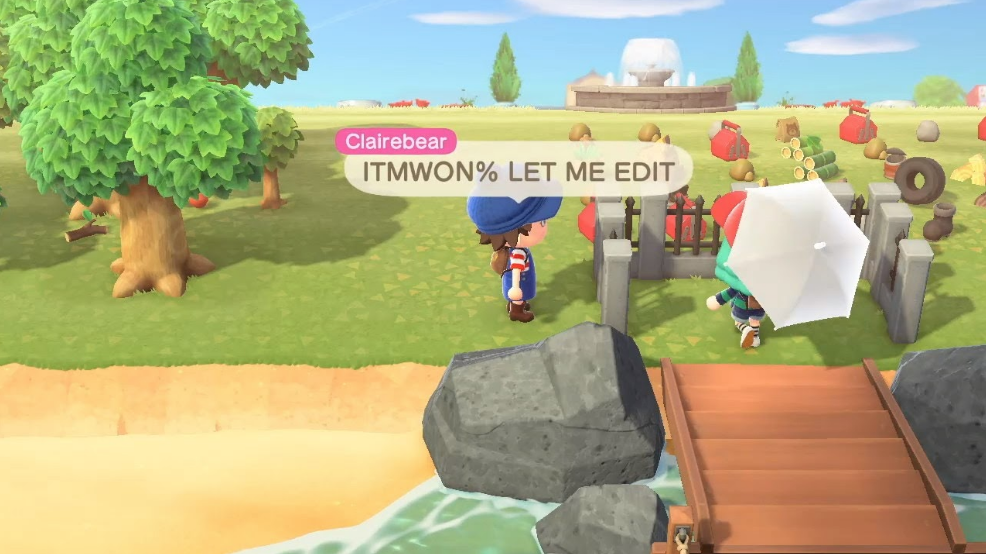 There have been many Animal Crossing games in the past, each one building upon the others through cleaner mechanics brought on by new technology and fun new functions to shake things up. Animal Crossing: New Horizons follows this trend wonderfully, introducing a multitude of functions that Animal Crossing fans have yearned for for years. For example, crafting and a new rewards system make the game ten times more replayable than before, and the player has much more control over their island than in the past. Another fantastic element added for replayability is visiting randomly generated mini islands. In the previous installment, there was an extra island one could visit, but it was always the same one, and, once stripped of its resources, it wasn’t particularly useful. Having it be a different island with every visit, in addition to certain rare, lucky islands, adds a layer of chance and more obtainable unlimited resources. 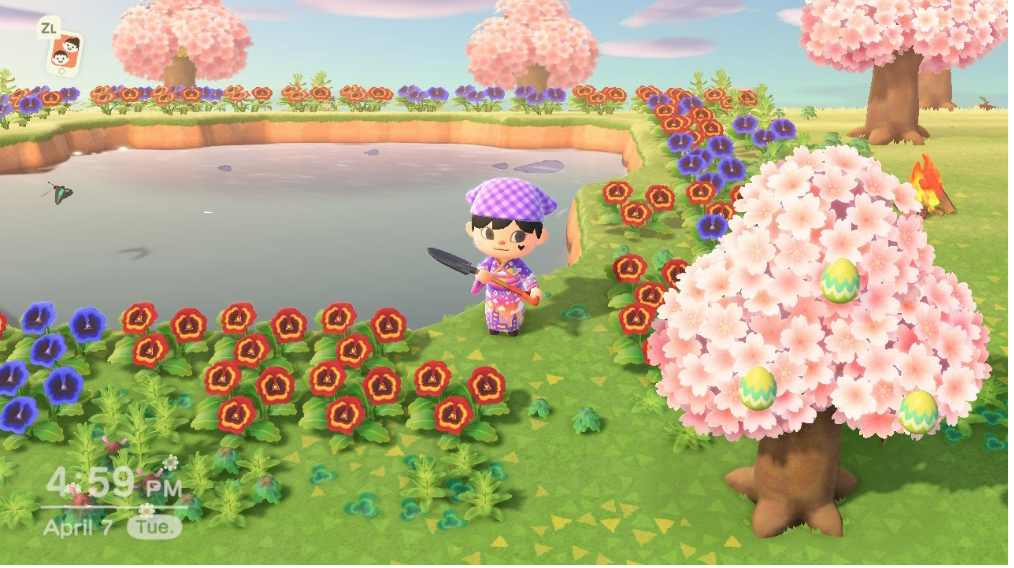 In addition, in previous games, the landscape and building placement of your island were randomized at the start and permanent. Now players can customize their islands with almost complete freedom and decide where every building is constructed with the choice to edit it later. These additions in particular take the game many steps up above its predecessors and have successfully drawn in waves of new fans. 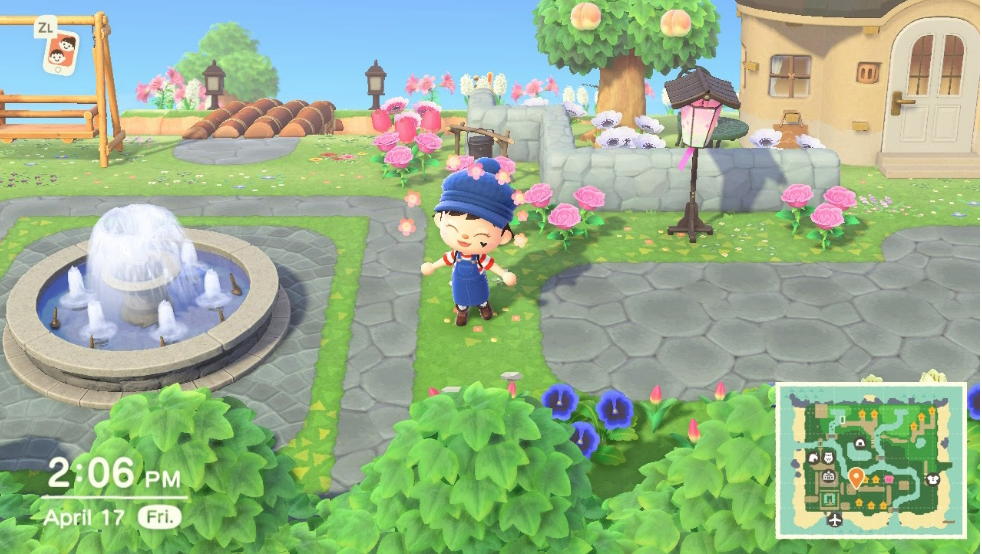 The game itself, coupled  with its support for multiplayer interaction, has led it to become a huge crutch for people of all ages and nationalities to cool down and run off to idyllic islands together in the midst of stressful times. Although it still has some rough edges to hopefully be improved upon in later updates, it’s undoubtedly the best Animal Crossing game yet and an experience many generations will look back on with heavy nostalgia and fondness for being a shining light of escapism and social contact in this time of stress, worries, and isolation. 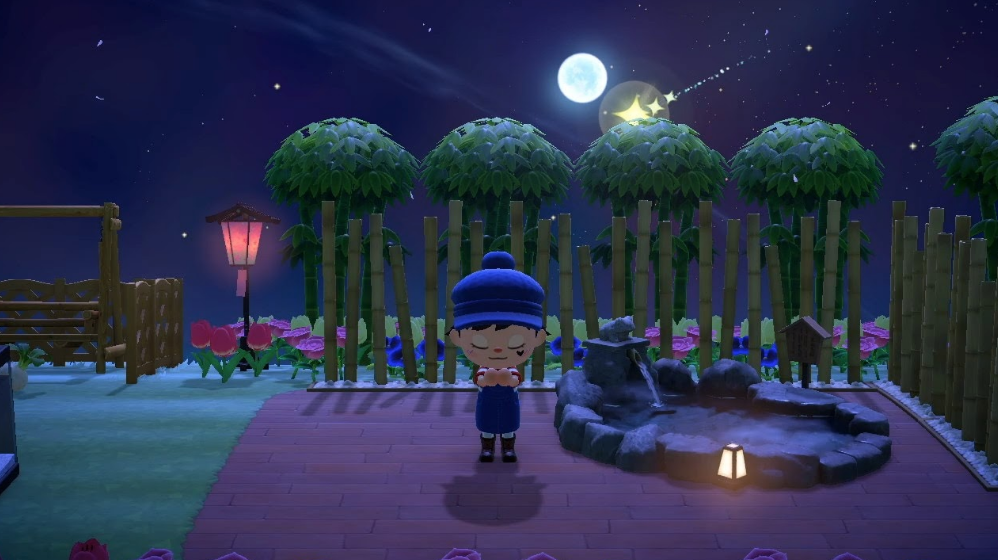