My Top Ten Video Games of the Decade 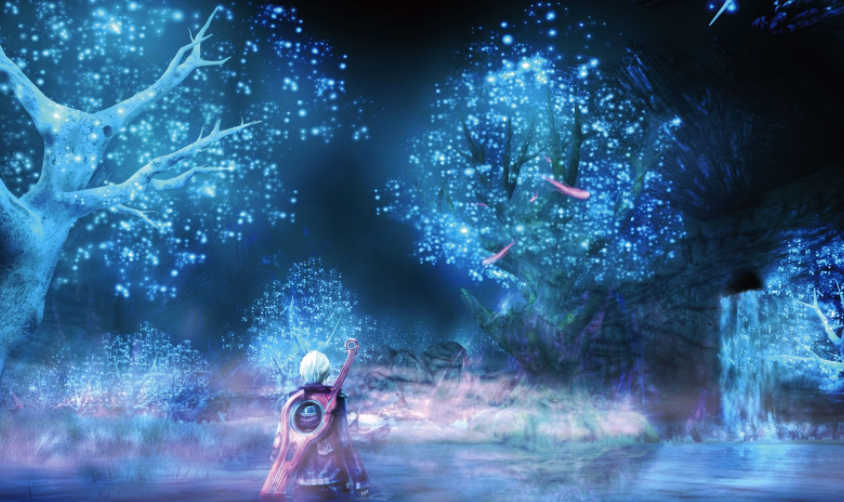 With this decade coming to an end, a multitude of games have come out over the past ten years on a variety of different systems. Many new franchises have come up while plenty of older ones have had some very strong new installments. Before getting into my list, I would like to state that it is entirely subjective, and it is also not ordered. Many people would disagree with me, but I would consider these to be the most enjoyable and amazing games I’ve played this past decade.

I will be starting this list with my favorite game of all time, Xenoblade Chronicles 1. This game is an action-based JRPG released in 2010 for the Nintendo Wii, and later ported to the Nintendo Wii U and 3DS. Xenoblade will also be getting a remake for the Nintendo Switch coming out in 2020, so I would highly recommend checking that out.  It presents a unique story alongside memorable characters and a fun combat system. Out of every game I have played, I would consider Xenoblade to have the best story. Bearing little to no plot holes, the game tells a story demonstrating a multitude of themes, backed with an amazing soundtrack. The gameplay is action-based and consists of you using cooldown-based attacks to take down your enemy, and the world presents a variety of vastly unique areas you can take your time exploring.

Coming up next is Kid Icarus Uprising for the Nintendo 3DS. This game is a third-person shooter, and you play as an angel named Pit. Gameplay includes flying segments and land battle segments with a massive variety of weapons and powers up for use, making gameplay entirely customizable. However, the real merit of this game comes from the cast. Every character is unique and the game has a ton of dialogue, and even while you are playing, the characters will be likely talking on the bottom screen. Each one is super likable and funny, always making the game a pleasure to play. Kid Icarus Uprising is one of the few games where I can barely even choose a favorite character as I really like every single one of them, which made for an amazing experience when paired with the fun gameplay and a solid story.

The next addition is Super Smash Brothers Ultimate for the Nintendo Switch. Being the fifth addition in the Smash series, Ultimate brings to the table a massive cast with over eighty characters. It is the biggest crossover in gaming history, as a fighting game with characters from all sorts of different franchises. Unlike the single-player story games I’ve been talking about, it’s something you can play with others where every match is unique as there are infinite possibilities.

The fourth game on my list is Dark Souls 3 for the PS4, Xbox One, and PC. Dark Souls is a series commonly regarded for its brutal difficulty, and having very hard bosses. While this statement is generally true, the game also boasts tons of interesting lore and cool areas to explore. The bosses feel challenging, but like a very fair and enjoyable challenge that is satisfying to overcome. There are a surplus of different weapons to use and ways to build up your character to create a new experience every time you play. The game as a whole provides a unique and fun experience which is definitely one to remember.

Danganronpa 2 comes in as my next pick. This game is very unique, to say the least, and it is definitely not for everyone. It is a visual novel that tells a very dark story. Essentially, sixteen students are trapped on an island and the only way to leave is to murder someone and get away with it. The cast overall is extremely likable with some very well written characters, and a lot of emotional moments. In terms of gameplay, you can walk around the island and hang out with people but the main aspect comes from trials. After a murder occurs, a class trial is held in which you try to find out who the killer is. During a trial, there are many various minigames leading to you solving the case. Overall Danganronpa 2 is one of my favorite games, as the story and characters were amazing.

Next up is The Witcher 3. Available on PC, Xbox, Playstation, and Switch, this game provided such an amazing experience. The world is entirely open and filled to the brim with side quests to do, characters to meet, treasures to find, and new landscapes to explore. The vast amount of content can take the game from a brief and enjoyable experience to literally three hundred hours of gameplay. You take the role of Geralt of Rivia, a witcher who has undergone mutations to make him stronger at the expense of losing emotion. The story will put a lot of moral dilemmas on you, where you are stuck choosing what you consider to be the lesser evil. Your decisions vary the story to a great extent as there are tons of different endings and variations. Overall, it provided a great experience in countless aspects.

The Legend of Zelda: Skyward Sword:

Following The Witcher 3 is The Legend of Zelda: Skyward Sword. Contrasting the darker themes of The Witcher, Skyward Sword is a much brighter game for the Nintendo Wii where you take control of Link, the protagonist of every Zelda game. At the beginning of the game, you reside on a floating island above the clouds, and the story consists of traveling below to the surface in search of another character. There are many various dungeons consisting of interesting puzzles and unique items you can use to solve them. It also tells a solid story and has a variety of side quests to take on. Skyward Sword definitely remains one of my favorite Zelda games, like the characters, music, puzzles, and the overall atmosphere was great.

Fire Emblem Echoes for the Nintendo 3DS takes the next spot on my list. This game has one of my favorite casts I’ve ever seen in a game. Every character is really likable and they all have interesting personalities and stories, along with amazing voice acting. Echoes is one of the few Fire Emblem games where every line in the game is fully voiced, even when just examining objects. Following the format of the series, it plays like a game of chess. Each map is set up like a chessboard and different units can move different amounts of spaces depending on their class. The game offers a great amount of variety where you can build your characters up to use weapons like swords, lances, bows, wield magic, etc. Alongside the classic gameplay, there are also dungeons you can explore in the third person, which allows for some interesting puzzles. Echoes is probably my favorite Fire Emblem game and definitely one of my favorites from this decade as the characters, story, music, gameplay, and voice acting felt very well done.

Another game in the Fire Emblem franchise takes the next spot for me. Fire Emblem Three Houses is the most recent installment in the series, being for the Nintendo Switch. The gameplay is similar to Echoes in that battle maps play out like a chessboard, but there are many more classes to train your units into. The game is set within a monastery and has a school-like environment where you play as a professor and can teach your units to use new weapons and skills. Within the monastery, there are three houses of students: The Black Eagles, the Blue Lions, and the Golden Deer. You have the option to join any of these houses, and the story varies greatly depending on which one you pick. The Blue Lions and Golden Deer routes tell some of my favorite stories I’ve seen, while Black Eagles I did find a bit lacking. The game overall was amazing though and easily remains a favorite.

Closing up this list will be Skyrim, available for PlayStation, Xbox, Switch, and PC. Skyrim has a massive open world, filled to the brim with countless things to do. There are endless amounts of sidequests, and you can customize your character to play however you want to. You can use swords, bows, magic, axes, or even summon enemies that can fight for you. There is a ton of variety, and the map is full of dungeons and villages to explore, dragons and many other enemies to fight, and basically anything you could think of. It offers one of the best open-world experiences you will play and is overall a great game.

So that brings my list to an end. There are still many other great games that could easily deserve a spot as some of the best games of the decade, such as Persona 5, Super Mario Galaxy 2, The Witcher 2, and Portal 2. I actually had to revise my list multiple times before coming to this conclusion thanks to how many great choices there were, and I still think Galaxy 2 and Persona 5 could 100% be on here. However, these ten came out as my favorites, and I would highly recommend them to anyone interested. Most every game on this list has all left a great impact on me, and many remain as some of the best I have played.