Is Once Upon a Time in Hollywood Tarantino’s best work? 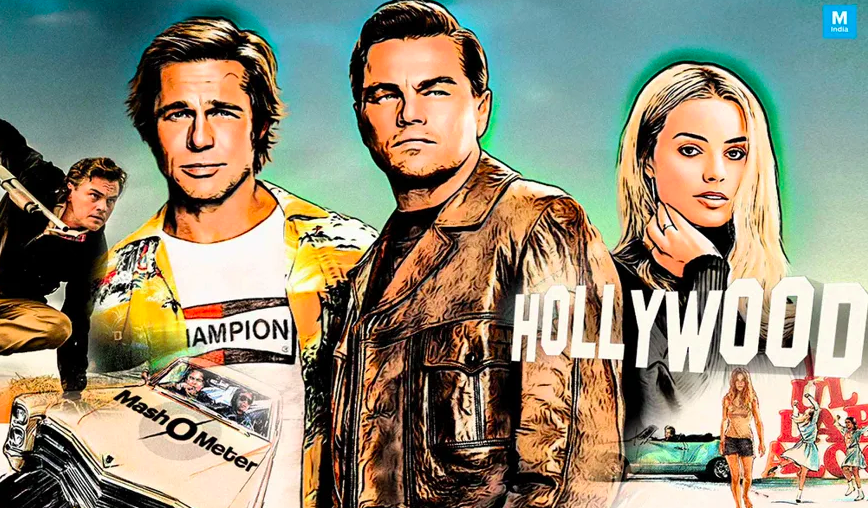 Quentin Tarantino’s very anticipated tenth film, Once Upon a Time in Hollywood, was released on July 26th, 2019. Once Upon a Time in Hollywood centers on Hollywood in the 1970s. These two hours and the forty-minute film also hints towards the famous Sharon Tate murders and the Charles Manson cult era. The film’s cast is hugely reputable, with A-listers like Leonardo DiCaprio, Brad Pitt, and Margot Robbie. This film got mixed reviews, ranging from it being the best “Tarantino film ever” to believing it is “one of the talented and beloved filmmaker’s worst creations.” This discrepancy makes people question whether or not this movie is genuinely Tarantino’s best work, considering it is his “last” film (which many people doubt) and legacy since all his films make such a huge pop culture impact.

As I, the audience, was watching, I noticed a few interesting things. The audience of this film was widespread, but I found most of the movie resonated with the older generation. They understood the references more because they actually lived during the ‘60s, the time that the movie takes place, and the film centers on real events. The audience were eager to find out whether or not Tarantino was able to face the challenge of depicting the accurate story of Sharon Tate. On the other hand, the younger generation, including myself, were more confused and almost bored during the beginning parts of the movie.

The result of this reaction brings me to my first point, the beginning of this film is slow. The most action and conflict happens in the last ten minutes of the film, in which members of the Manson cult break into Rick Dalton’s home and he fights them off. Tarantino really takes his time to introduce each character by setting, cinematography and soundtrack. For example, there is a scene in which Margot Robbie’s character, Sharon Tate, goes into the theater to see a movie her character acted in. The runtime for this one scene is about thirty minutes throughout which some critics claim she’s just acting “pretty.” Another issue was that Margot Robbie did not get any screen time to actually show her acting skills, but, instead, the whole movie consisted of her prancing and dancing around. This unfortunate truth leads us to an even bigger issue: Sharon Tate’s murders were never covered. To give some background, in 1969, actress Sharon Tate was murdered in her home by the members of the Charles Manson cult. Many filmgoers saw this film as a possible adaptation to this tragic crime. As a curious fan, I did research on this case before the film and was fully expecting it to be acted out right in front of my eyes. The audience and I were on the edge of our seats at the end of the film, waiting for it to happen, but it never did. Tarantino decided to do what he does best: rewriting history and turning it to film.

I feel like this was a brilliant decision. It was definitely a leap of faith, as he risked the truth. However, in cinema, the characters and their actions are not real. This make-believe universe is meant to influence us in the real world, which is why films are so special. He decided to honor Sharon Tate by making sure she was depicted accurately and, in turn, created an alternate universe where she hadn’t been killed. Her presence on screen alone gave her representation and a sense of reincarnation.