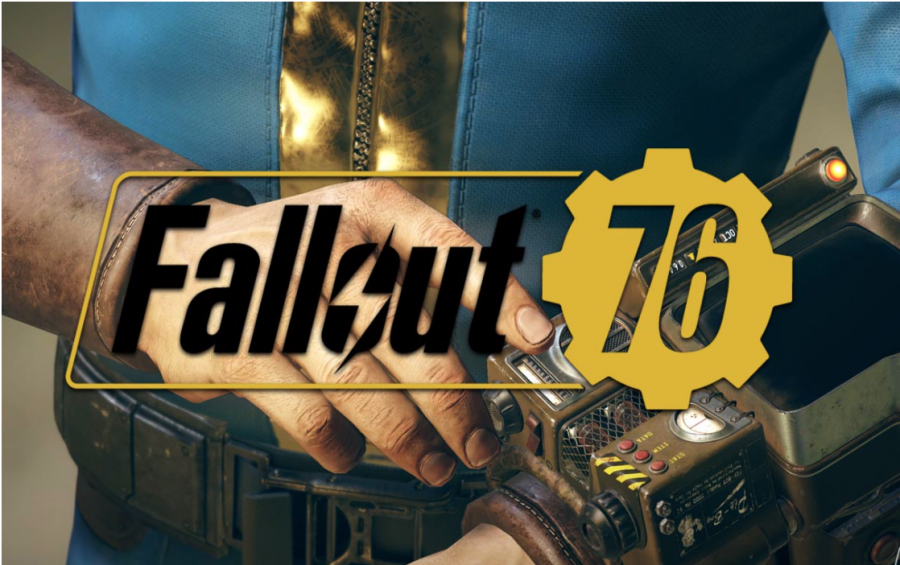 When the director and lead producer of Bethesda Studios Todd Howard announced the development and upcoming game of Fallout 76, he was met with applause filled with nervous excitement and skepticism. The game was pitched as a multiplayer rendition of the beloved Fallout series, where the players create the story and adventure. This is definitely a deviation from the series tradition of the single player story based RPG that the fans were accustomed to, but Bethesda pushed the idea hard, sending out advert after advert, comforting players that Fallout 76 would still be a Fallout game. However, this could not be further from the truth.

An abysmal beta testing came and went; bugs infested the game, including one specific bug on PC that entirely deleted the game off of the computer’s files. The testers remarked that the game was empty and shallow and was a definite under-performance on Bethesda’s part. Bethesda replied by promising the change we wanted by the release date. Once again, Bethesda failed to deliver, releasing the game with a horrendous amount of bugs and crashes. The solution came hours later, in the shape of a massive 47gb patch. I bought the game afterward on the PS4, and can safely say that Fallout 76 is a sorry imitation of what a Fallout game should be. The game satisfies only the minimum requirements of what a game requires, and sometimes not even that.

At the core, the Fallout series is a story about people attempting to rebuild and reorganize their world after a nuclear apocalypse. The focus is on the people, and while you play a significant role in their lives, the other characters you meet and get to know in the world is what gives the Fallout series its unique charm. You can imagine my absolute shock and horror when I realized that not only are there absolutely zero interactable characters, the only real “quests” you are sent on are copy and pasted from the filler quests in the other Fallout games. I was already aware of this “no NPCs” (NPC standing for Non-Playable Character) feature of Fallout 76 from Todd Howard’s E3 announcement, but I did not expect the quests to feel so empty and dull. After nearly 40 hours of gameplay, the most interesting quest I ever embarked on was collecting four guns and shooting a crab in the face. Bethesda banked upon the hope that we players would fill the void left by the NPCs, and create our own stories with friends fighting alongside us. What they failed to understand during development is that you can not, and will not, be able to replace a well-written and fleshed out NPC with another player. Games like Fallout usually bring out a dark side of people, and that does not make for good experiences. The game was released without a push to talk function, so the first thing that greeted me when firing up Fallout 76 was not the pleasantly-voiced protagonist, but the sound of a screaming 12-year-old. There were no memorable moments in the game that have been created from my interactions with other players, the closest being the time I and someone else got into an argument about a topic and ended up shooting each other (a topic so trivial that I cannot recall it now). That experience would qualify as a minimum level random encounter in any other Fallout game. Playing through an extremely drawn-out fetch quest does not make a game complete.

Bethesda has always used its in-house engine, Creation Engine, for the development of their games. The engine was said to be extremely easy to learn, and reliable to build upon. The problem isn’t the fact that the engine is poorly constructed, quite the contrary. The problem is that the engine is seven years old, being made in 2011 for The Elder Scrolls V: Skyrim. The engine is ancient in the gaming industry, and it is simply ridiculous that Bethesda would even try to make more games with the Creation Engine anymore. The bugs that we found in Skyrim years ago was acceptable because the technology was new and it was understandable, but nothing has changed for seven whole years. The same bugs, the same crashing issues, all are recurring issues in a game that Bethesda had three years to develop. I and the people who bought the game are sick and tired of seeing the same game-breaking bugs over and over, and Bethesda refuses to listen to our complaints. My game has crashed numerous times, and there have been times where glitches have restricted me from making progress. This reportedly broken engine has been reused for years with worsening effect, and it severely lowered my enjoyment of the game due to its issues.

The graphical integrity of Fallout 76 is horrible, a congealed mess of broken assets from old games and horrible motion blur. Given the PS4 I played on is a couple of years old, and I did not expect the game to run at the crispness I have seen from PC showcases. However, even with my low expectations, Fallout 76 shows that it was a rushed project. Every couple of minutes, my PS4’s cooling system would ramp up and seconds later my frame rate crashes. The framerate doesn’t go from 30fps to 25fps, which I would write off as the rendering of assets, instead, the framerate drops to 10fps, which is unacceptable considering the game released at a full $60 price. I did not pay the money I paid for a Google Slides presentation, I paid for a graphically functioning game. Upon the unbearable frame rate, there is an extraordinary amount of motion blur. I experienced motion sickness while playing this game, an event I have never experienced prior. The field of view offered in the game is frankly terrible, and there is no option to change it except breaking into the code and manually changing it, which is impossible on consoles. Coupled with the frame rate crashes that consistently plague my game, Fallout 76 is almost unplayable.

But all of this could be forgiven, from the graphical issues to the lack of story, if there were great gameplay and fun and engaging activities to partake in. Once again Fallout 76 is a huge disappointment of proportions I have never seen before in a Bethesda game. This game fails in the fundamental goal of this category of media, to entertain. Even with my friends playing alongside me, which Bethesda promised is the ideal way to enjoy this game, I was struggling immensely to remain immersed in the game. VATS, a staple in the Fallout games, is a feature where you select where to shoot in a time-frozen environment. Due to the fact that this game is entirely online, the time freeze function cannot be carried through. So the solution implemented into Fallout 76 is an aimbot system where you select an enemy and the gun fires with automatic precision based upon a percentage chance of hitting the enemy. Most players, myself included, have found our own controlled aiming to be more ammo efficient than the newly-made VATS. However, this can be overlooked, given that the system works as it should and it does not take away from the experience as a whole.

But the gameplay as a whole is so slow and uneventful that I cannot see why anyone would stick with this game for over three hours. The gunplay is mediocre, reminiscent of the early Call of Duty games. The base building is tedious and unattractive, which lead me to ignore it for the majority of my playthrough. The main draw that was advertised on the gameplay of Fallout 76 is the ability to send nukes to various locations throughout the map to create raid zones. I was excited about this feature, and so was the rest of the Bethesda fanbase, and it worked. The nukes were there, and they launched without a hitch. Until we peeled off the gold paint and saw the problems in this feature. Due to a problem that arose with the activation mechanics of nuclear weapons, players were able to continuously send in radioactive fury without limitation.  On top of that, a Youtuber crashed an entire server by only launching three nukes out of the possible four. This is obviously a significant problem in the servers’ stability and should warrant an immediate patch, a patch that didn’t arrive for three weeks. With gameplay being the best part of this game, I am still underwhelmed.

This game represents what I believe to be a misguided studio trying to make money off of a rushed project. Bethesda had built up years of goodwill with the fanbase with their critically acclaimed hits like Skyrim and Fallout 4. But they lost that with Fallout 76. A reputation for making games that oozed with charm and entertainment abandoned with this cash grab of a game. Filled with issues ranging from graphical stability to gameplay obstacles, the polish of the game is non-existent, and due to that my interest in playing more of this game is likewise non-existent. This game could not be a more abhorrent show of what Bethesda has been doing for the past couple of years. I expected more, far more, and can only give this game a measly 1.5/10.